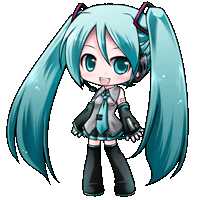 mmmmmmmmmmmm its summer now!!!! well i mean it was 2 days ago but whatever. anyway, i made a new playlist for summer, which i think is alot better than the spring playlist. its got lots of imperishable night, cuz summer nights, ya knwo? anywya, that makes a whole years worth of season playlists!! prolly gonna reuse them, maybe if i find somthin sugoi, ill add it l8r on.

also it was my birthday a few days ago!!! i bought a record player!!!!!! and i got a bunch of records for my birthday! i got paul's boutique, raising hell, and a bunch others!!! but its not all good.... i was an impatient fool. instead of waiting and saving up some more money for a better player, i bought a cheap $50 one from amazon..... which came broken, smh. so we returned it and got a new one... but it's still cheap as sin!!!!!!! my dad bought me ill communication, right?? so i go home and put it on the turntable, and it skips!! turns out its not the record's fault, but the players, bc its got a cheap needle. smh. i remember my ma tellin me "its not good to cheap out on electronics", and i shoulda listened to her, bc now i gotta save for a better one! i was a total baka >.<