so this page is gonna be all about the game itself, like spellcards and 1ccs and stuff liek that!!

Teh most basic guide 2 getting better @ 2hu!!

i think the first section on here will be a basic guide on touhou gameplay, and how to get the hang of it ^.^

SO U WANT TO BE GOOD AT TOUHOU BUT HAVE NO IDEA WHERE 2 START?!?! LOOK NO FURTHER!!! here you'll find a beginners guide 2 touhou!!


HOLD SHIFT FOR FOCUSED MOVEMENT!!!! why? because it makes you move slower and with more precision!! its useful for navigating tight spaces; if you just run around at full speed you'll crash into bullets!!!

Well thats it!! the most basic tips i could think of for a beginner!! i hope this helps someone!!!!! 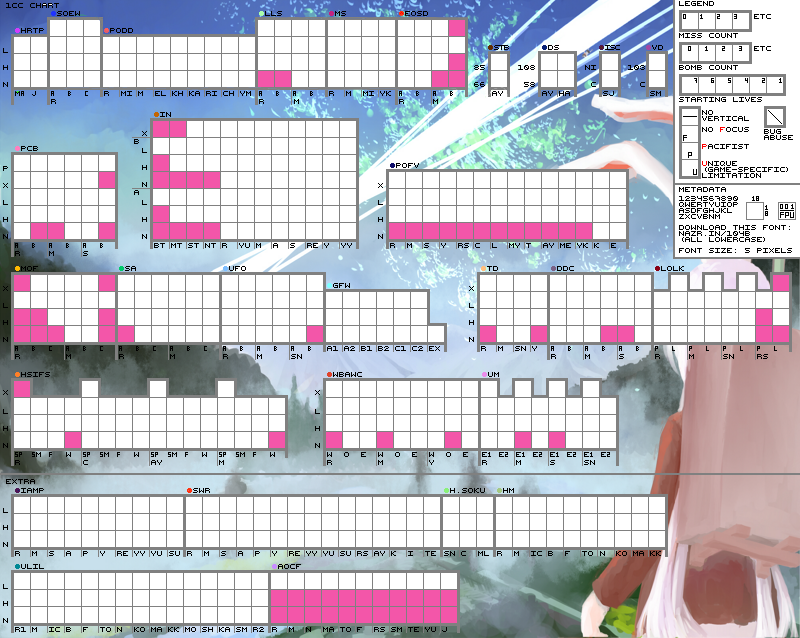 unfortunately, i've lost some of the dates for the 1ccs and extra clears because of getting a new laptop... so hopefully one of these days i'll be able to do more 1ccs and add them here!! names in bold are ones that i lost the original date to, so they're listed with the newest date


Extra clears!! not gonna be much here rn... i'm not very good at extra bosses, but it can't be helped!!!