so im kinda foolish and i realized why have a touhou page for all this time and not have a guide on how 2 get into 2hu???? so here's this!!! and yea ik everyone and their mom has made a "what is touhou" thing, but IDC!!!!!! this is my website, goddamnit!!

okei so first of all, you gotta know whatafuk touhou is. touhou is a series of bullet hell shooters, also called danmaku shooters. cool ppl call it a danmaku shooter. so basically whats you do is dodge bullets and lasers n shit, its very phun!!!!

da games are about the wonderful shrine maiden of paradise, reimu hakurei, and her bff 5 evr, the ordinary magician marisa kirisame, as they go around the crazy kooky land of gensokyou and do some troublesome youkai hunting!!!!!

there's four modes of gameplay: easy, normal, hard, and lunatic. THERE'S NO SHAME IN PLAYING EASY MODE!!!!! you gotta start somewhere!!!! there's also the extra stage which has a fixed difficulty. if someone tells you they beat flandre scarlet (an extra stage boss) on lunatic, they're lying. there is no lunatic mode flandre.

here's some comparison between modes. easy, norrmal, hard, and lunatic

uhhh "2hus" can refer to both the games and the characters, so i'll tell u both. there's 29 games. 17 shooting games and 12 spinoffs. Of those spinoffs, there's 6 fighting games, 3 photo games, and 3 whatever games. people will tell you that hisoutensoku is the best fighting game, but they're wrong, its AoCF. the photo games are kinda hard but very satisfying to beat. also the 3 whatever games are Fairy Wars, Impossible Spell Card, and the one that hasnt come out yet, Gouyoku Ibun. impossible spell card is VERY fun, i havent played the demo of Gouyoku Ibun, and fairy wars sucks ass because im not good at it.

there's also official manga, a magazine, some books, and some CDs, all of which tell more touhou story. oh there's a boy character in one of the manga, rinnosuke. you can like, read the print works online. or if yr lucky LUCKY!!! you'll find a copy of strange creators of outer world (the magazine) in a bookstore in texas!!!

press z to shoot, press x to bomb, hold shift for focused movement!!!! try playing EoSD, PCB, or MoF first because they have gimmicks you can kinda ignore (not rlly PCB but w/e), and also give you plenty of resources. TD is "easy" because it doesnt have a lot of bullets, but resources are harder to come by imo. 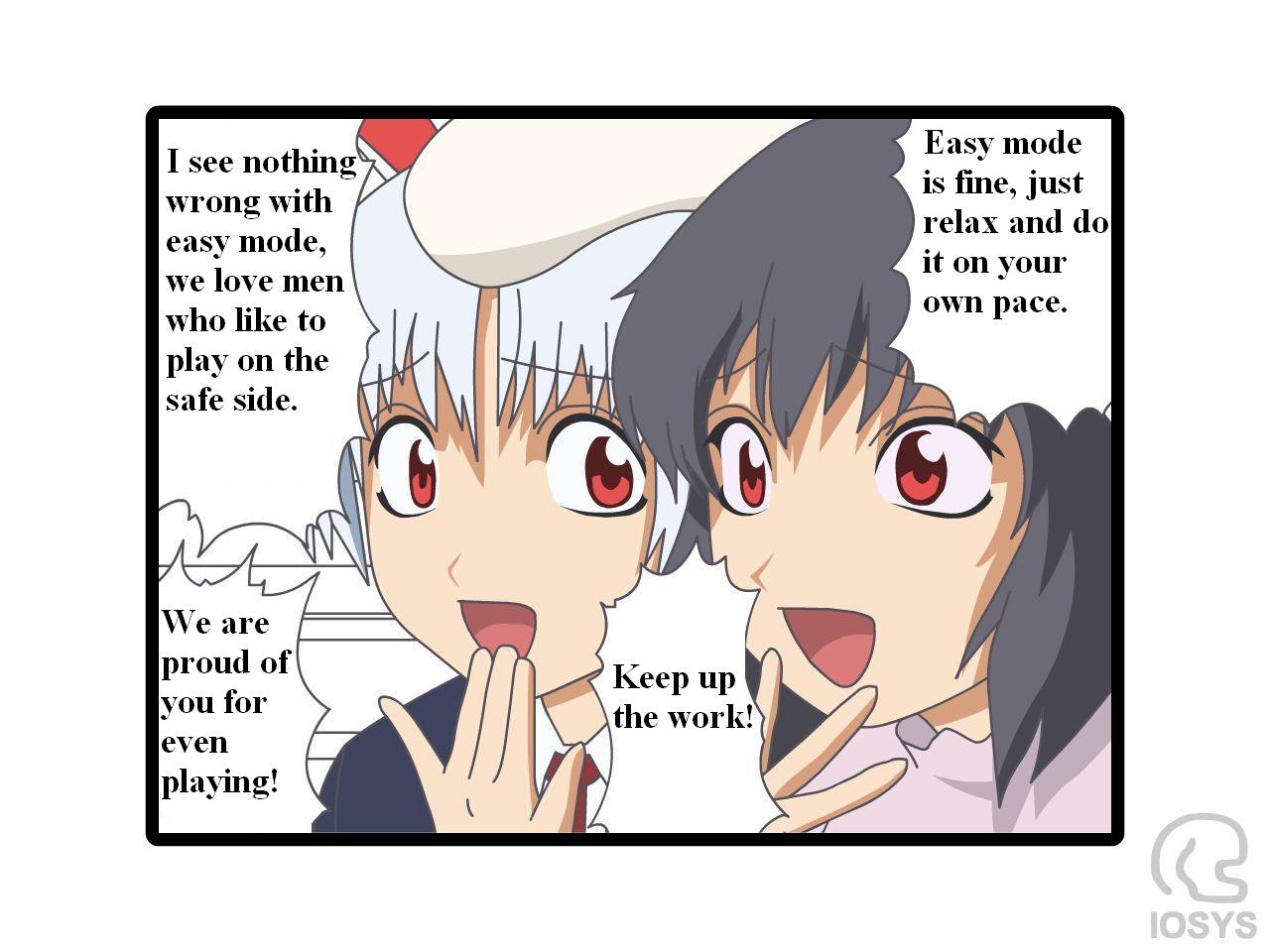